Scripts for my custom guns!

The Lefaucheux M1858 was the first cartridge-firing revolver adopted by a national military. This is a six-shot revolver chambered in 12mm Pinfire. You also get a civilian model, which is 8 shots of 9mm Pinfire. 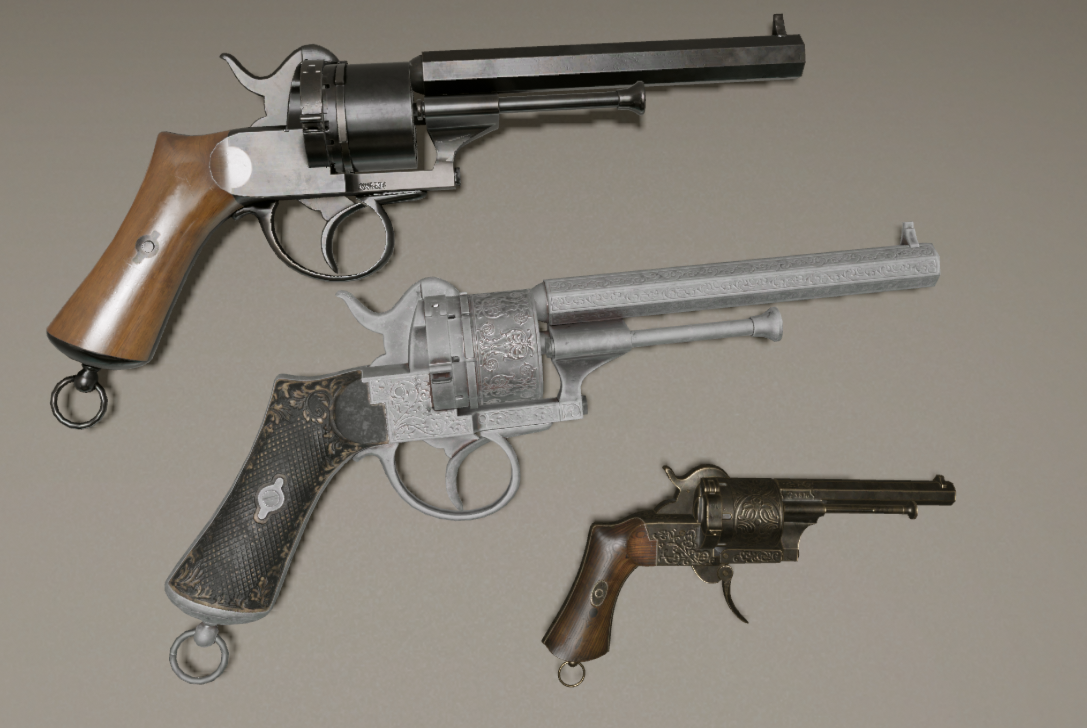