A more modern approach to the AK, the Alfa is the polymer product of Kalashnikov that never took off.

A more modern approach to the AK, the Alfa is the polymer product of Kalashnikov that never took off. The design focuses on more ergonomic features like ambidextrous controls, a charging handle that can swap sides, and the iconic paddle release fitted to be operable by your firing hand (That's right, mag release AK).

This rifle is found at the end of the assault rifles tab, alongside its wintery comrade and 5.56 brethren that accepts AK101 magazines. Included in this mod is the leftie shooters delight, a charging handle that can be attached to the other side of the bolt for southpaw bears (or AK control traditionalists).

TO REMOVE THE ATTACHABLE CHARGING HANDLE: Grab directly behind the charging handle, INSIDE the bolt, and it should detach.

Many thanks to Cityrobo for whipping up the additional script that can hide multiple weapon parts on attachment, that script has also been included in this mod and belongs to them. This model was also purchased directly from CGTrader and the bipod foregrip featured in the preview images is from Wolfies ModulKilo.

Hey, you're still here! Consider following me on Ko-Fi, where your support directly leads to more mods just like this one at https://ko-fi.com/meatbanana ! 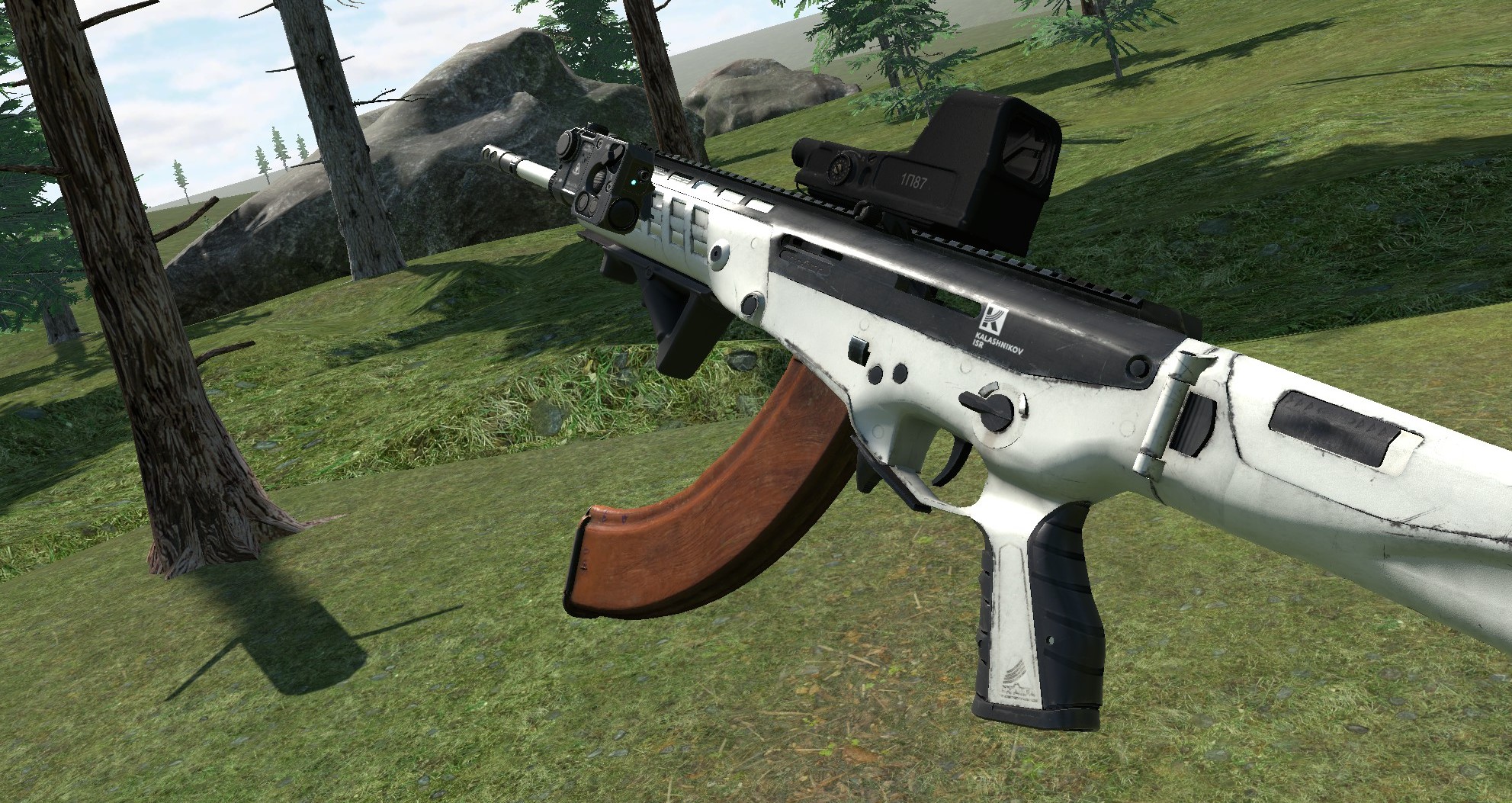