Spectacles that were made in yearly cycles, reborn and revisited with H3VR

Now you can spawn the toolbox in any scene! This will disable T&H scoring

I am fearless, therefore, powerful.

A comrade for the atomic age.

Never tell me the odds.

Strive to achieve the epoch of engineering.

Ruin can give a fresh slate.

Caution: may cause mammary vasospasm.

For every arsonist, there is a kindle.

A Welgun in its emo phase. It'll pass eventually.

Science or magic, this weapon should be forbidden.

In space, nobody can hear you scream.

よふかしのうた, take me away, sunday midnight

The rifle of a Dohvakiin.

You've made a deal with a devil, are you ready to pay the price?

Innovation is starved with whats propietary.

Caught between two rifts of the present.

Flyin' us to the moon Lucy, just like I promised.

With bravery comes sacrifice. Hope that it doesn't go unnoticed. 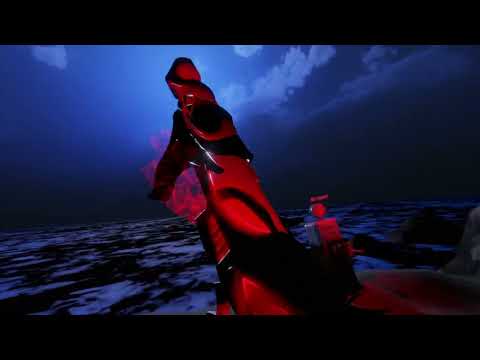 Next Gen Skins - The "NEXOTIC" Series

There was a disturbance in the force. A growing trend. MTX was taking over, slowly, like a virus. Soon, people were hired to specialize in these skins. Later, people went bat shit crazy in these skins.

The slang, Mastercraft, was birthed as a whisper when Black Ops 4 was approaching. Skins that the react with kills, flare with effects, covered with unique tropes, no longer a mere camo but rather a work of art.

It was soon converted into a source of revenue, rather than its initial intention of being a gift for workhorses. More and more came, and more and more did they spread controversy.

It became a tough pill to swallow when they intervened with the eras of the games they were implemented in. Creative liberty over historian gratuity.

... But in H3VR, the sandbox meant to accept as many kinds of weapons as possible, we can view these weapons without paywalls or scrutiny.

I didn't make these skins. The upmost majority of these are actually skins created by AAA studio artists for the sole purpose of MTX. Having the opportunity to "port" these skins that have inspired me, after making hundreds of skins of my own craft (and some poor imitations of the ones in the market), this is a big responsibility in my eyes, and an opportunity I don't see anyone else obtaining either...

I love making skins, and I love to improve my skills. We're kicking off a new subseries of skins, sorry to say for those who wish for continuity, but its the decision I've decided would best fit future planning.

With opportune timing, Cityrobo launched a script with reactive properties for emissions, sound effects, and particle systems. This script is the coal fueling this ambition and making close recreations of the mastercrafts seen here.

Running through the list, here is what NEXOTICS, or NXTs, provide.

A few dozen skins have already been textured and it takes a rough average of a few hours to turn a model n tex into an H3VR firearm. Expect more to come soon. A lot more...

Credits will be given where credit is due, but an extra helping of creds here because they sure deserve it.

Supurfly83 for fetching a CRAP ton of BOCW assets! Its like, a bank full of gold for me to go swimming in! Shit!!

Cityrobo for making the "Heating Barrel" script, AKA the powerhouse of dynamic skins. I asked for it (buzzing like an annoying fly I bet), and Cityrobo delivered.

Nikpo and Meat Banana for their support in the Collective, even if these skins are of poor taste they did give help and praise nonetheless!

42nfl19 (EdgeOfDivinity on YT) for his incredibly thorough QnA, truly is the Lord of QnA and I am now awoke to his power!

Scatman for being an awesome dude and a friend better than the friends I have met IRL, no doubts there. Happy to have met him.

V1.0.6 -- I originally wanted to make oooone more NXT, but my headset cord broketh, so sorry about the hangtime today!

v1.0.7 -- At this point this'll probably be the normal. I anticipated making two skins today but I got caught up in bugfixing old releases. I'd rather not update a modpack twice in a day after all.